Microbicides are products designed to prevent or reduce the sexual transmission of HIV or other sexually transmitted infections when applied inside the vagina or rectum. Most vaginal microbicides are being tested as rings, while rectal microbicides are primarily being tested as gels. Microbicides currently under testing contain antiretroviral (ARV) drugs, many of which are commonly used to treat people with HIV. In 2012, the U.S, Food and Drug Administration (FDA) approved an ARV drug called Truvada as oral PrEP – a prevention approach in which HIV-negative people take an ARV tablet on a daily basis to reduce their risk of acquiring HIV. 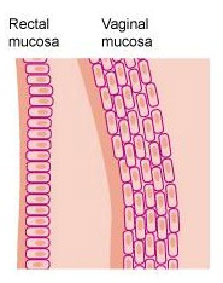 An important first step in the development of rectal microbicides has been evaluating the rectal safety of microbicides originally formulated as vaginal gels. The most studied ARV-based vaginal microbicide has been tenofovir gel, which although found safe and moderately effective in reducing HIV risk in cisgender women who used it before and after vaginal sex in a study called CAPRISA 004, was found not effective in follow-up studies, VOICE and FACTS 001, due to low adherence to study products.

MTN researchers also have conducted studies of tenofovir gel as a rectal microbicide. Unlike the earlier studies, this research focused on individuals vulnerable to HIV from anal sex rather than vaginal sex. Because tenofovir gel could work differently against HIV in rectal tissue, researchers wanted to learn whether it was safe and acceptable to use rectally with an applicator. An early study found that the vaginal formulation of tenofovir gel caused gastrointestinal side effects when used in the rectum, so researchers tested a reformulated version of the gel with less glycerin in a follow-up study called MTN-007. That study found the reformulated gel to be safe and acceptable.

Why Do We Need Rectal Microbicides?

What Will it Take to Discover a Safe and Effective Rectal Microbicide?

Drug development can take as many as 20 years before a single agent is approved for use. Thousands of potential compounds may be considered, but only the most promising products are subjected to rigorous laboratory and animal studies, and fewer still make it to trials with people.  Clinical trials are carried out in several phases under the oversight of regulatory authorities and according to strict ethical and scientific guidelines. Phase I trials evaluate safety in a small number of people who are exposed to study products for short periods.  If results suggest the product is safe, investigation progresses to a Phase II trial, in which researchers continue to track safety over longer periods of time. Phase IIb and III trials are performed to determine the effectiveness a product and conducted with large numbers of participants, often at multiple clinical centers. These trials usually compare a product with a placebo or another active product. Data from Phase IIb and III trials are often used by regulatory agencies to determine whether a particular product should be approved for widespread use.

The Microbicide Trials Network (MTN) is an HIV/AIDS clinical trials network established in 2006 by the National Institute of Allergy and Infectious Diseases with co-funding from the Eunice Kennedy Shriver National Institute of Child Health and Human Development and the National Institute of Mental Health, all components of the U.S. National Institutes of Health. Based at Magee-Womens Research Institute and the University of Pittsburgh, the MTN brings together international investigators and community and industry partners whose work is focused on the development and rigorous evaluation of promising microbicides – products applied inside the vagina or rectum that are intended to prevent the sexual transmission of HIV – from the earliest phases of clinical study to large-scale trials that support potential licensure of these products for widespread use. More information about the MTN is available at http://www.mtnstopshiv.org.